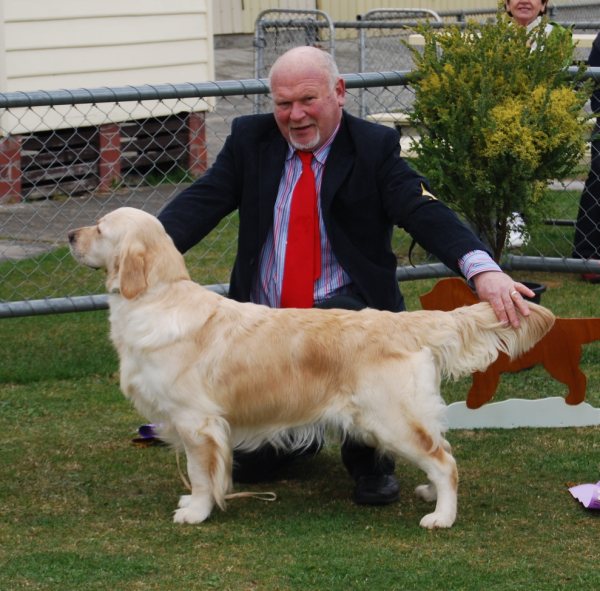 Now out of the ring due to maternal duties for the rest of 2010.

Although only shown sparingly, Faith gains her title on Saturday 12th December by taking B.O.B.  under Mrs. L. Black (All Breeds Judge) (Vic).

A bitch of great quality and so beautifully balanced on the stack and on the move. So compact with the desired short back and level topline. Deep through the heart.  Lovely powerful quarters in fact textbook hindquarters. The very strong Glennessa line behind her certainly shone through in the way she carried herself as she moved with great ease around the ring.  No doubt she has a bright future. I was delighted to award her the Reserve CC. 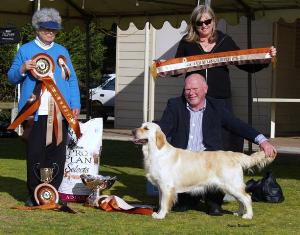 Challenge Bitch: to the Intermediate class winner, on her overall proportion and workmanlike quality.

Faith takes B.C.C. and Junior in Group and In Show

Faith is half way to Australian Champion Title at just on 12 months of age.

Faith wins B.C.C. & Puppy in Group and In Show

Faith’s second outing at an All Breeds Champ Show wins the Baby Puppy Bitch class  and Baby Puppy of Breed.

As from the end of June 2008, Faith will be going to live in Tasmania with our very good friend Paul Stevenson of “Tweedwater Golden Retrievers”.  We look forward to Faith’s continual compaign and success throughout 2008.