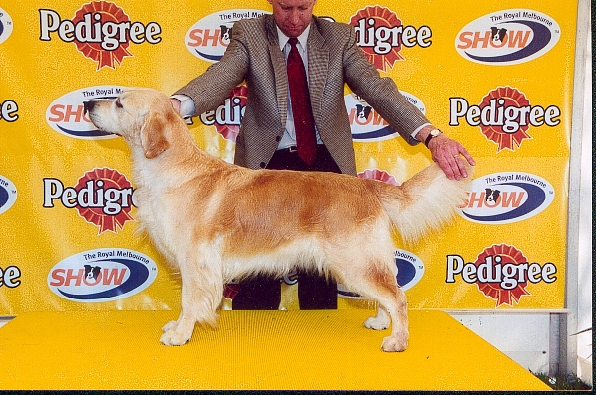 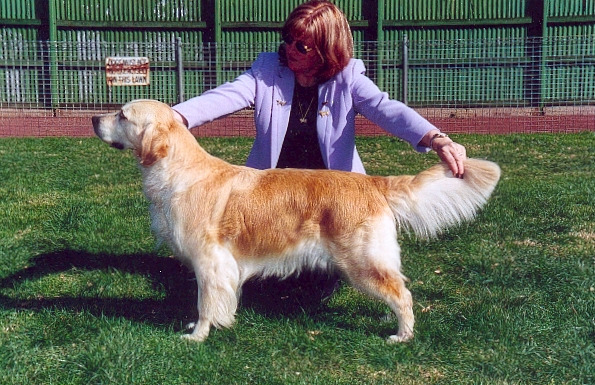 
Aust. Ch. Beaucroft By Design – “Abbie” had some very notiable wins to her credit including in August 2002 at an All Breeds Champ. Show in Adelaide, taking B.O.B. and Runner Up in Group.  She also came 2nd in the Open Class to the B.I.S. winner at the 2nd Golden Retriever National in Brisbane.

Abbie has produced three lovely litters for us her first was to Camrose Ilex Layanda (Imp. Uk) the second was to Aust. Ch. Longborne Barclay and her third and last litter was to Aust. Ch. Strathraer Nordic Star (IID).

Abbie still loved to come to the occasional show and was retired from the ring after taking 3rd in the Veteran Bitch class at the 5th Golden Retriever National in Sydney on the weekend of the 30th April and 1st May 2004.

Thank you Abbie for everthing you have done for us and the breed. You will always be my Abbie Doo!!
Now reunited with her lifelong companion……her beautiful brother Brodie.
↑