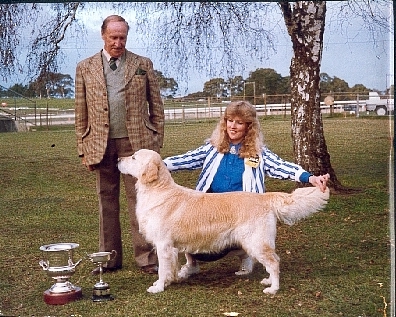 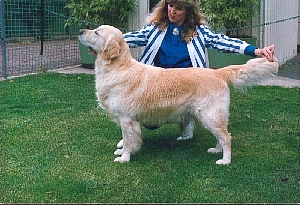 Our very special boy Australian Champion Ferngold Commodore lived from May 1982 till his very sad passing in February 1995.  I still remember that day like it was yesterday!
Raffy had such an lustrious show career right up until his retirement from the show ring in October 1992 at the age of 10 1/2 years.
Raff amassed just under 3,000 (2,997) challenge points which is almost thirty times an “Australian Champion” and three times the required points to qualify for the “GRAND CHAMPION” title which was only introduced in January of 1997. In those show days additional points were not awarded for Best of Breed either!!!
Raffy was not just a show dog, he was also a sire of many champions including 2 New Zealand Champions being N.Z. Ch. Heathermist Double Agent and N.Z. Ch. McIllroy Leading Note.  He is also the sire and grand sire of many obedience titled dogs.
We are so very fortunate to have his progeny carry on his outstanding qualities and attributes as he is behind most of our “Beaucroft Goldens”.
↑