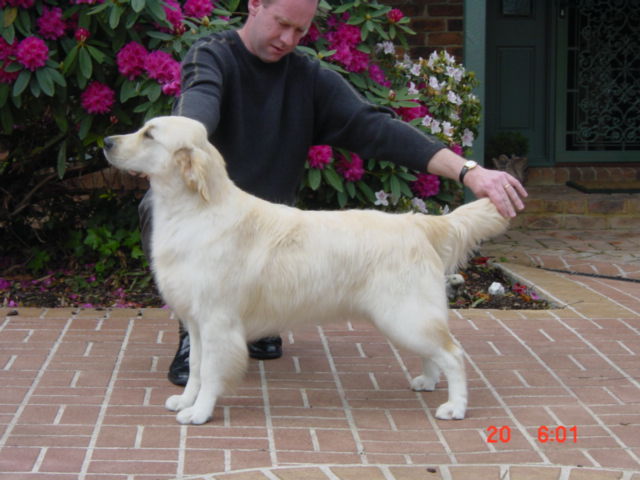 Her impeccable breeding on both sides, has given us the opportunity to go back into the Glennessa lines. Crystal’s sire passed away many years ago and his semen was taken before his death and then frozen. Through modern technology, his frozen semen was then able to be inseminated into one of Pat & Roger’s bitches which produced 9 puppies.

In Crystal’s show career, she has been awarded Baby Puppy in Show, and numerous Minor Puppy & Puppy in Group awards, she also won the Intermediate Bitch class at the Golden Retriever Club of S.A. Champ Shoow in 2004. She has been a consistant winner and placegetter at all Golden Retriever Specialty Shows

Our sincere thanks go to Pat & Roger for allowing us to have Crystal.

As showing really wasn’t Crystal’s thing especially after she had her second litter of puppies, we decided to retire her from the showring and she lives with our good friend Kay Austin.