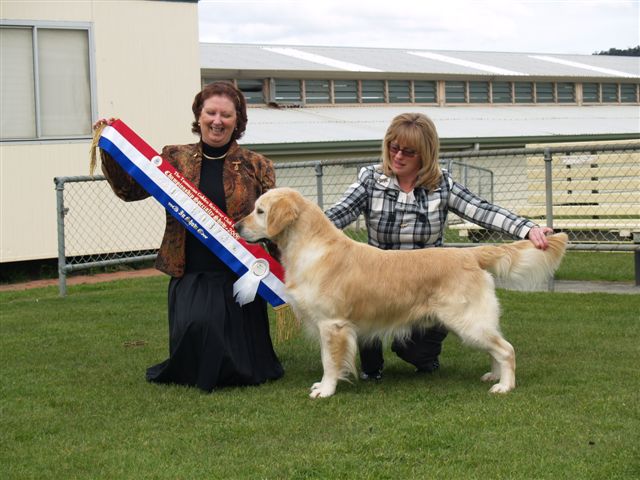 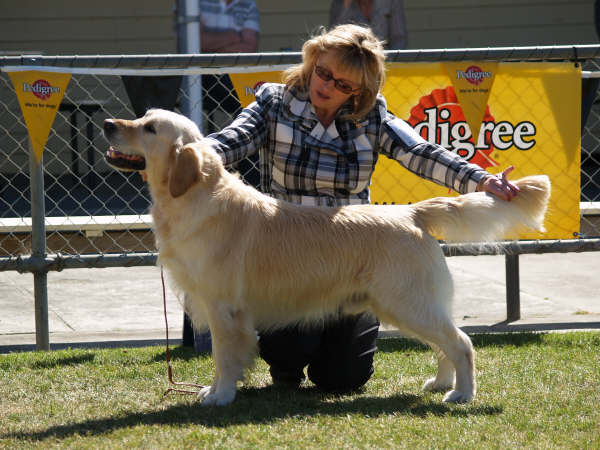 
We are so pleased to introduce “Aust Ch. Giltedge The Poet” – Eliot to his friends.  Eliot was named after the great poet T.S. Eliot!

Eliot was bred by our good friends Kim & Stephen Handley of “Giltedge Golden Retrievers” in Sydney N.S.W.. and we thank them for the opporunity to include him in our already lovely line of Goldens.

“Eliot” is proudly owned by Denise & John Wadsley (Heathbrook Goldens) and ourselves.  He will be superbly campaigned and handled in Tasmania by Denise.

Eliot already has had an illustrious show career to date taking many “In Group” and “In Show” Awards.  His most recent win was in October 2005 taking **RUNNER UP IN SHOW** at the Gundog Club of Tasmania Champ. Show under Ms. E. Joseph (Vic) a Gundog Specialist.  Eliot is nearing his Australian Champion Title.

An athletic, workmanlike, masculine, gundog with a very beautiful outline and soft expression.  Short coupled and a short back and an  effortless level mover showing so much power in his hindquarters. Upstanding, well angulated and so sound.  On occasion he did tend to prop slightly preventing his reach of neck to be shown to advantage. However, the more often he came into the ring the better he got. I was thrilled to be able to award him the Dog CC and later Best In Show.

We look forward to hearing more about their successes during 2009!!!