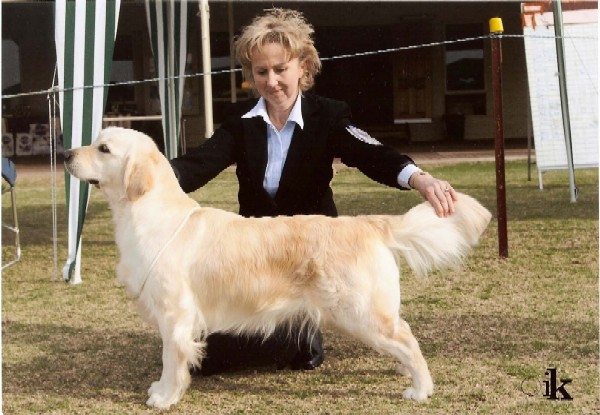 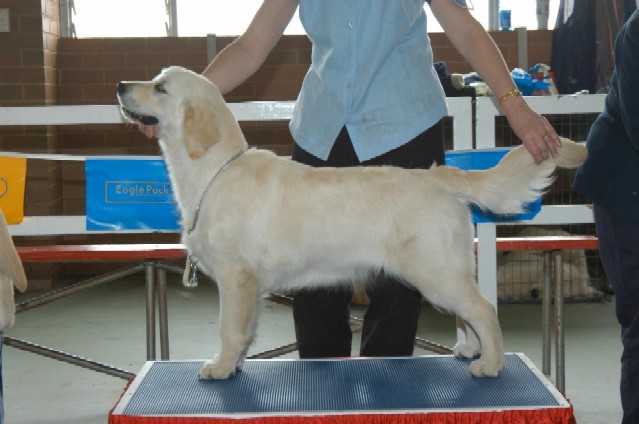 “Chance” made her debut at The Golden Retriever Club Show of South Australia Championship Show on the 16th August 2003 taking 2nd in the Baby Puppy Bitch class…….not bad for her first outing!!! Since then Chance has continued to be placed in every Golden Retriever Specialty show to date.

Her achievements are being noted as a consistant contender for classes in Group and in Show. Chance has now gained her Australian Champion title at just 23 months of age against strong competition!! Chance has certainly made her mark in the show ring and we know she will continue to have a very bright show career!

After a break from the ring, Chance returned at the GRC S.A. Championship Show with flying colours!